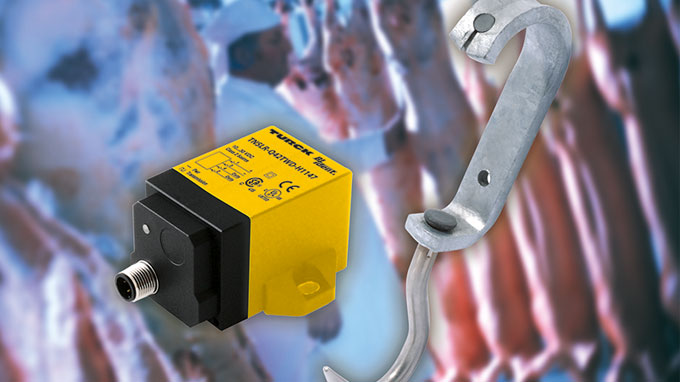 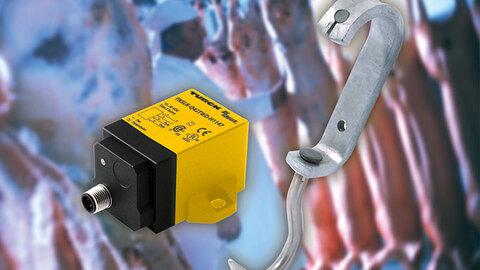 With combined heads and tags for applications in the food- and high temperature sector, Turck opens up further fields of application for the RFID-System BL ident

Mueheim, September 28, 2011 – Turck enhances its RFID-system BL ident about application-specific combined heads and data-carriers (tags) for the meat industry. A special tag for high-temperature applications completes the program. The new combined head TNSLR-Q42TWD with associated tag was developed especially for applications in wet environments with an increased range-requirement, where the UHF-technology doesn’t work. The head is based on the proven 13,56MHz-HF-technology, but reaches the usual ranges by a factor of three. In connection with Turcks 12mm-data carriers, that is how maximum distances of 35 mm can be realized instead of the usual 10 to 15mm. For example this technology allows the operation of read-write processes for the reliable identification of meat hooks during the operation of conveyor belts.

Furthermore, Turck equips the RFID-system BL ident with robust, high temperature proof tags of protection category IP68 for special applications. The data memories of the type TW-Q51-HT-B128 are suitable for ambient temperatures of -25 up to 85 °C. The temperature of the tag itself can reach -55 and 240 °C. The tags have a capacity of 128 Bytes from which 112 Bytes can be used freely as a memory for user data. With the new data-carriers, Turck opens up new fields of industrial application with extreme temperature profiles for BL ident. For example the tags can also be used in autoclaves.