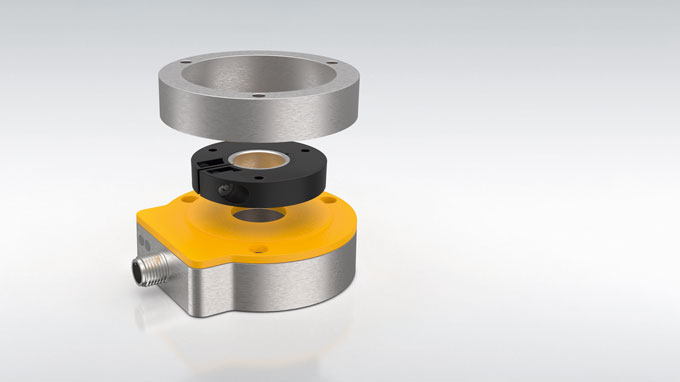 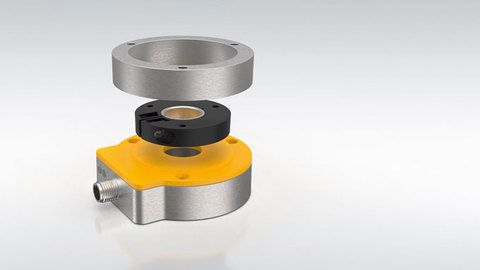 Turck is now also offering a variant of the contactless QR24 encoder for use in explosion protected areas Zones 2, 22 and 3GD. Contactless measurement considerably outperforms bearing guided optical encoders in dust-laden environments since optical encoders are susceptible to dust.

The sensor unit and positioning element on the QR24 are fully potted and cast as two totally sealed independent units. This gives the encoder optimum protection from dust, vibration, impact and shocks. Unlike encoders with magnetic positioning elements, the QR24 offers a greater resistance to magnetic field interference. Typical applications for the QR24 Ex include the chemical, mining or food industries – particularly in mills. However many applications in the textile or wood-processing industry also require the use of an encoder with 3GD approval.

The QR24-Ex is a further addition to Turck's Premium encoder line. It outputs its signal via the IO-Link V1.1 interface, thus offering simpler parameter setting such as for the output signal or zero point. The encoder can be used as a single turn, semi-multiturn rotary encoder that counts its revolutions. For this the encoder uses 16 bits of the 32-bit IO-Link signal for the single-turn value, 13 bits for the number of revolutions and the remaining three bits for diagnostics data. Operating status can thus be determined at any time and maintenance can be planned in advance thus effectively preventing machine downtimes.