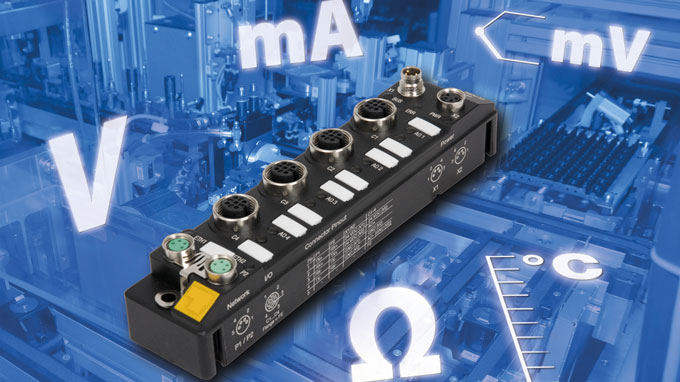 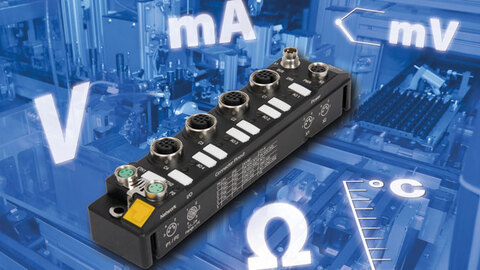 Mülheim, October 21, 2014 – Turck has added several ultra-compact Ethernet block I/O devices with four analog in- or outputs to its TBEN-S series. The analog inputs of the Multiprotocol Ethernet modules can process four different types of input signal: besides voltage and current signals, it also processes PT100 signals from temperature sensors or millivolt signals, as are typically output by thermocouples or measuring bridges. This enables the user to respond flexibly to the particular input signal requirements in the field. The TBEN-S series enables applications that previously required three different block module types to be implemented with just one.

The fully potted IP67 modules are slim with a width of only 32 mm and a short length of only 144 mm, and allow assembly directly on the machine. With their extended temperature range from -40 °C to +70 °C degrees, the devices are highly versatile in application. Despite the compact design every TBEN-S module can be operated without additional gateways in each of the three Ethernet systems Profinet, Modbus TCP or EtherNet/IP. Thanks to the Turck Multiprotocol technology used in this series, the devices recognize the protocol in use automatically by listening to communication during the start-up phase. An integrated switch allows the use of the devices in a line topology. Besides the versions with four in- or outputs there are also six variants with digital inputs and outputs available.