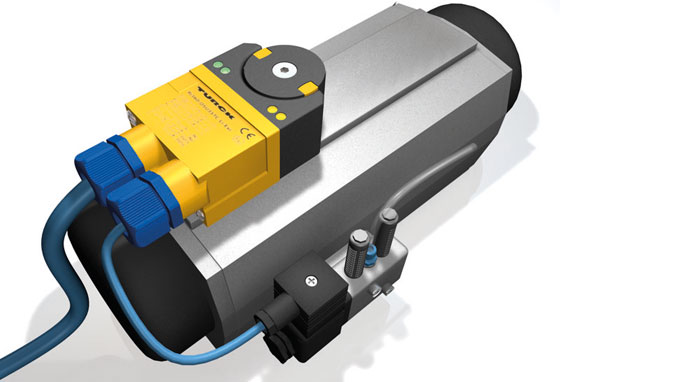 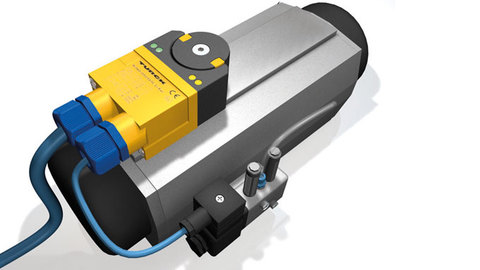 At the Achema fair, Turck is presenting 360 degree inductive sensors for the position control of valves and flaps

Mülheim, May 25, 2012 – With the new RI-DSU35 device series, Turck's inductive resonant circuit measuring principle is being implemented for the first time in a dual sensor design for analog angle measuring on rotary actuators and valves. The automation specialist is thus also offering its interference-immune angle measuring principle for the optimized detection of valve and flap positions. Unlike with the conventional dual sensor, the user can select the switch points as required from the entire rotation range from 0 to 360 degrees. This eliminates the need for any time consuming setting and readjustment of the actuating element.

Turck is planning to offer the series with an output signal from 0…10 V or 4…20 mA from the fourth quarter. Intrinsically safe devices with a 4...20 mA output signal are planned for explosion hazardous areas up to zones 1 and 21. The process connection on all modules is implemented via an easily accessible terminal chamber or standard M12x1 male connector.

Turck's RI sensors do not detect angle positions with a magnetic positioning element, but by means of an inductive resonance coupling circuit. This makes the sensor absolutely immune to magnetic fields, such as those generated by large motors. Due to their robust design, sealing and high degree of protection, the sensors are also able to supply precise signals over long operating periods.