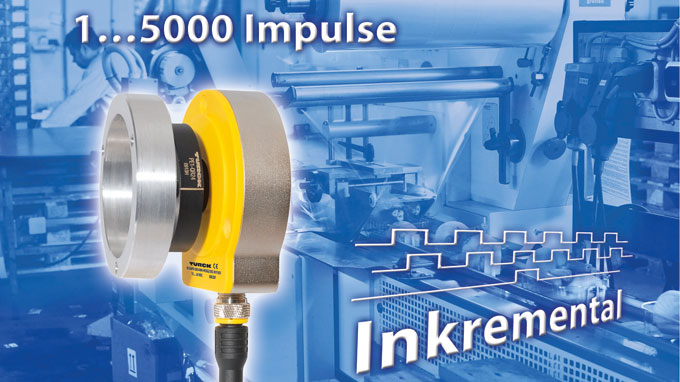 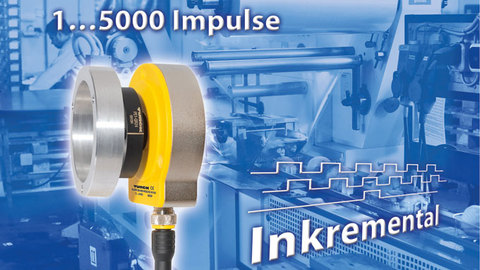 Turck's contactless QR24 encoder can be set individually to pulse rates of 1 to 5,000

Mülheim, October 21, 2014 – Turck is now offering the incremental variant of its QR24 contactless encoder with pulse rates that can be defined by the customer. The user simply sets the number of pulses per revolution between 1 and 5,000 via the Pactware parameterization software. As before, the encoder can also be taught to one of the nine most common preset pulse rates using the Turck teach adapter.

The QR24 can thus be used as a universal incremental encoder, which effectively reduces the number of encoder variants that have to be kept in stock and allows more standardization. The right number of encoder pulses can be selected for each application so that a virtually unlimited range of applications is possible. In spite of the large number of incremental encoders on the market, the number of pulses per revolution is normally fixed by the pulse disk, thus denying the user any flexibility.

Unlike the conventional optical encoders, the inductive QR24 also offers the possibility to change the position of the Z track, as well as a burst function, which enables the user to output the absolute angle position of the encoder incrementally. Any reference runs after machine shutdowns thus become unnecessary.