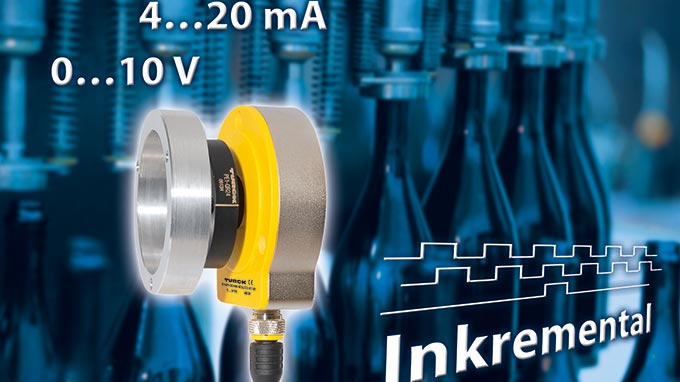 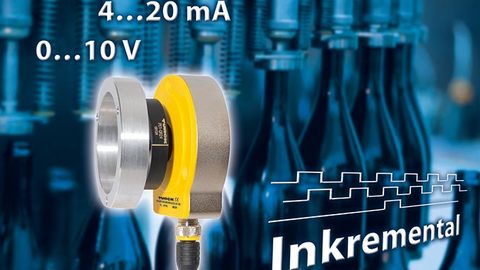 Turck has added two more output signal variants to its RI360P-QR24 contactless inductive encoder series: one version with an incremental output and another with the conventional 0…10 V or 4…20 mA voltage/current output. This makes these high resolution, wear-free and magnetic field resistant encoders available for a number of additional applications.

As with other QR24 models, the sensor and the positioning element of the encoder are fully encapsulated and designed as two independent and fully sealed units that can withstand vibration or shocks on the shaft. Wear-intensive ball bearings or seals, that lead to machine downtimes or long maintenance times are not required. The RI360P-QR24 has the edge over both optical and magnetic encoders.

Thanks to its intelligent mounting concept using adapter rings, the permanently sealed IP69K encoders can be fitted on all standard shafts with diameters up to 20 millimeters. As well as the new variants, Turck also offers the encoder as a multiturn or singleturn version with an SSI output.