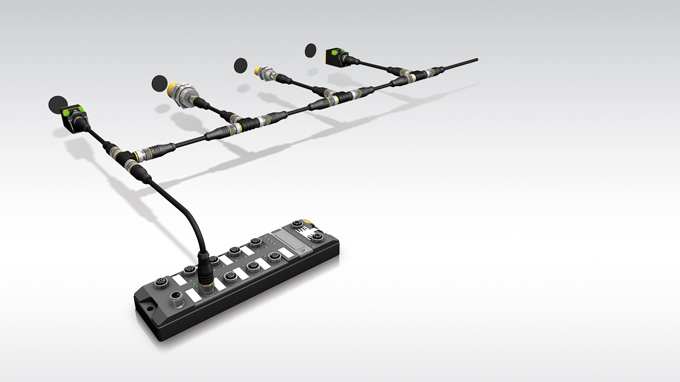 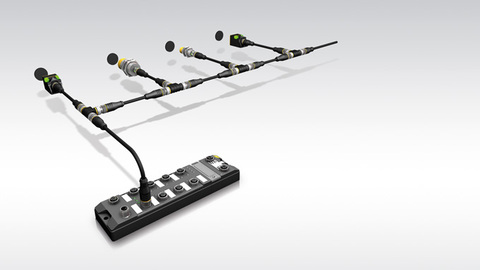 Turck has added the TBEC series to its range of robust and compact RFID solutions for fast interfaces to EtherCAT networks. The TBEC module in the  fully potted plastic housing comes with protection to IP67/IP69K and can be used in an extended temperature range from -40 to +70 °C. The EtherCAT RFID module enables HF and UHF read/write heads to run at the same time, thus simplifying applications with different bandwidths and reducing the range of inventory needed.

Like all of Turck's Ethernet multiprotocol devices, the TBEC also supports the HF continuous bus mode by which up to 32 bus-capable HF read/write heads can be connected to each of the four RFID channels. In applications with many write or read positions, this considerably reduces wiring effort, costs and commissioning times. Sensors, lights or other actuators can be connected to the eight universal DXP I/Os. All terminals are implemented as 5-pin M12 male connectors, and the power supply (L-coded) is implemented with the future-proof M12 power technology.

Thanks to the integrated RFID U data interface with cyclical process data transmission, the user benefits from fast and easy access to HF and UHF functions such as Idle mode. The EtherCAT module is thus ideal for use in RFID applications involving tags in very rapid succession, such as hanging goods in materials handling.