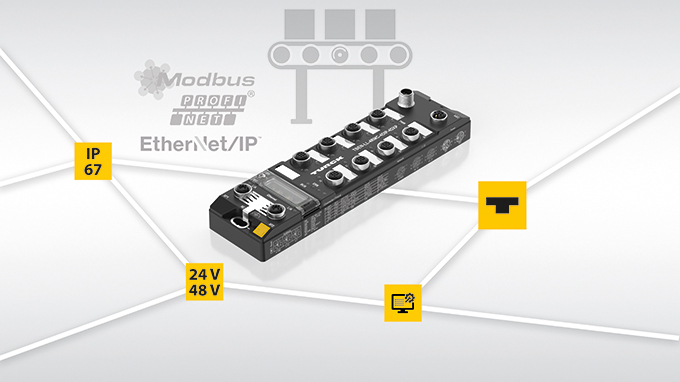 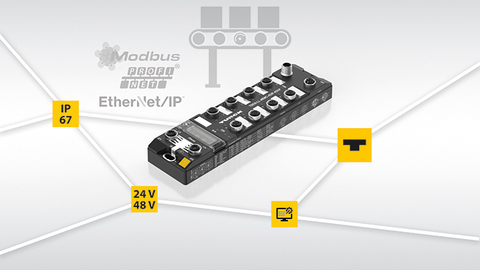 Turck is expanding its TBEN-L Ethernet I/O family to include modules for the drive control of roller conveyor modules. The compact TBEN-LL-4RMC controls up to four RollerDrive EC5000 48 motors from Interroll with the special feature that 48 V motors can also be used. Four digital inputs and four universal digital channels, which can also be used as inputs or outputs, are used for direct integration of trigger signals or other actuators. The flexible TBEN module encapsulates the CAN protocol and enables simple parameterization and control of the roller motors as well as the actual communication. The support of other motor types with a CAN interface is planned with future device versions.

Parallel to the roller motor control, digital signals can be used and processed directly on the block module by Turck's ARGEE on-board logic. This therefore relieves the network and the central controller. Via the multiprotocol Ethernet interface, the device can be connected to controllers with Profinet, Ethernet/IP or Modbus TCP without user intervention.

The robust multiprotocol block module with IP67/IP69K protection is vibration and shock tested. Equipped with a glass-fiber reinforced housing and fully encapsulated module electronics, it is ideally suited for use in demanding logistics and production applications at temperatures ranging from -40 °C to +70 °C. Power is supplied via L-coded M12 terminals.