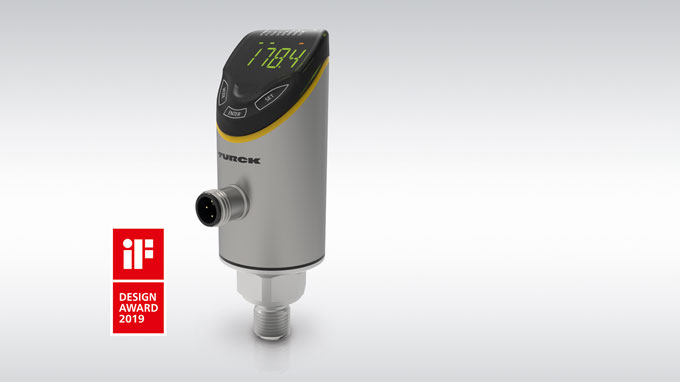 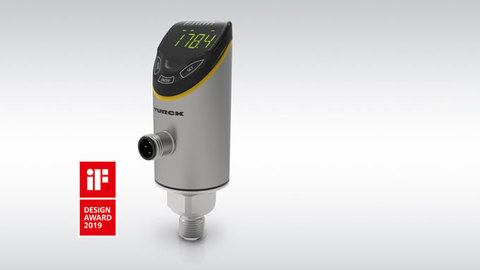 On time for the Hannover Messe Turck is launching the sale of the new pressure sensors of the PS+ Series. The robust sensors are the first products of a modular fluid sensor series that enables customers to provide reliable measuring instruments with intuitive operation. The sensor has already been awarded at the product start with the iF Design Award.

The PS+ pressure sensors can be commissioned particularly easily. Overhead mounting are just as possible as the rotation of the sensor head in a range of 340°. After the sensor is connected, it automatically registers whether the controller or the bus module requires a PNP or NPN, current or voltage signal. A compatibility mode is also provided for the integration in IO-Link systems. The operator interface with capacitive touchpads and a bicolor display enables settings to be carried out quickly in plain text (in accordance with the Turck or VDMA standard) and is protected by a lock mechanism from accidental operation.

The hermetically sealed keypad ensures greater resistance to dirt and liquids, so that the sensors meet the requirements of ISO protection to IP6K6K, IP6K7 and IP6K9K. The PS+ Series is designed for pressure ranges up to 600 bar and is available with proven ceramic measuring cells (PS310) and also metal measuring cells (PS510). The latter devices come with an overpressure resistance of up to seven times the nominal pressure. The sensors can optionally be fitted with peak pressure restrictors.

Turck will be adding temperature and current measuring to its new fluid sensor portfolio over the course of the year. As all the sensors are based on the same platform, they come with a very similar appearance and operating principle.